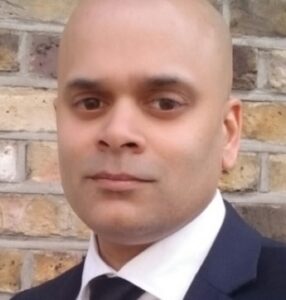 ‘I remember as a child taking it for granted that my parents argued, shouting became a normal event whenever both my parents were home – that was just how it was in my house at the age of 4 living in London. I didn’t understand it then, and if anyone had suggested it as a teenager I would have told them they were crazy, but my adult personal relationships were definitely affected by seeing and hearing what went on between my parents.

As an adult today, I have recognised the affects those years had on me and the reason why I struggled previously with my own intimate relationships. It seemed that I was extremely fearful of having (what I would call today) a normal intimate relationship i.e. girlfriend. I couldn’t understand why I was always afraid to tell a girl I liked her, thought she was attractive, and the idea that a girl could like me back or find me attractive was completely alien to me. The thing is that while I have of course over the last few years had intimate relationships, I would always question why or how this amazing girl was with me and what it is that she saw in me?

I have of course with time gotten better, and now in later life am a little more confident to approach a girl I like – However on occasion do still suffer with a lack of confidence, but it’s getting better.

Since working for Hestia, those suspicions I had that what I saw/heard as a child has affected my later adult relationships have been confirmed. Through our Hidden Child campaign which the amazing team at Free Your Mind promoted for us, highlighted the facts behind domestic abuse/violence affecting children and their mental health at a young age, and then their personal adult relationships later on in life.

I believe that mental health across all ages and demographics is an issue that isn’t spoken about enough and which should be. Children unfortunately can be the hidden victims of domestic violence, and the effects on their mental health can cause irreversible behavioural and physical changes which are not understood. Free Your Mind is an organisation that brings to light just some of these issues, and through working with them we can only help bring about education and awareness to prevent years of personal struggle and anxiety such as those that I personally had to deal with’.