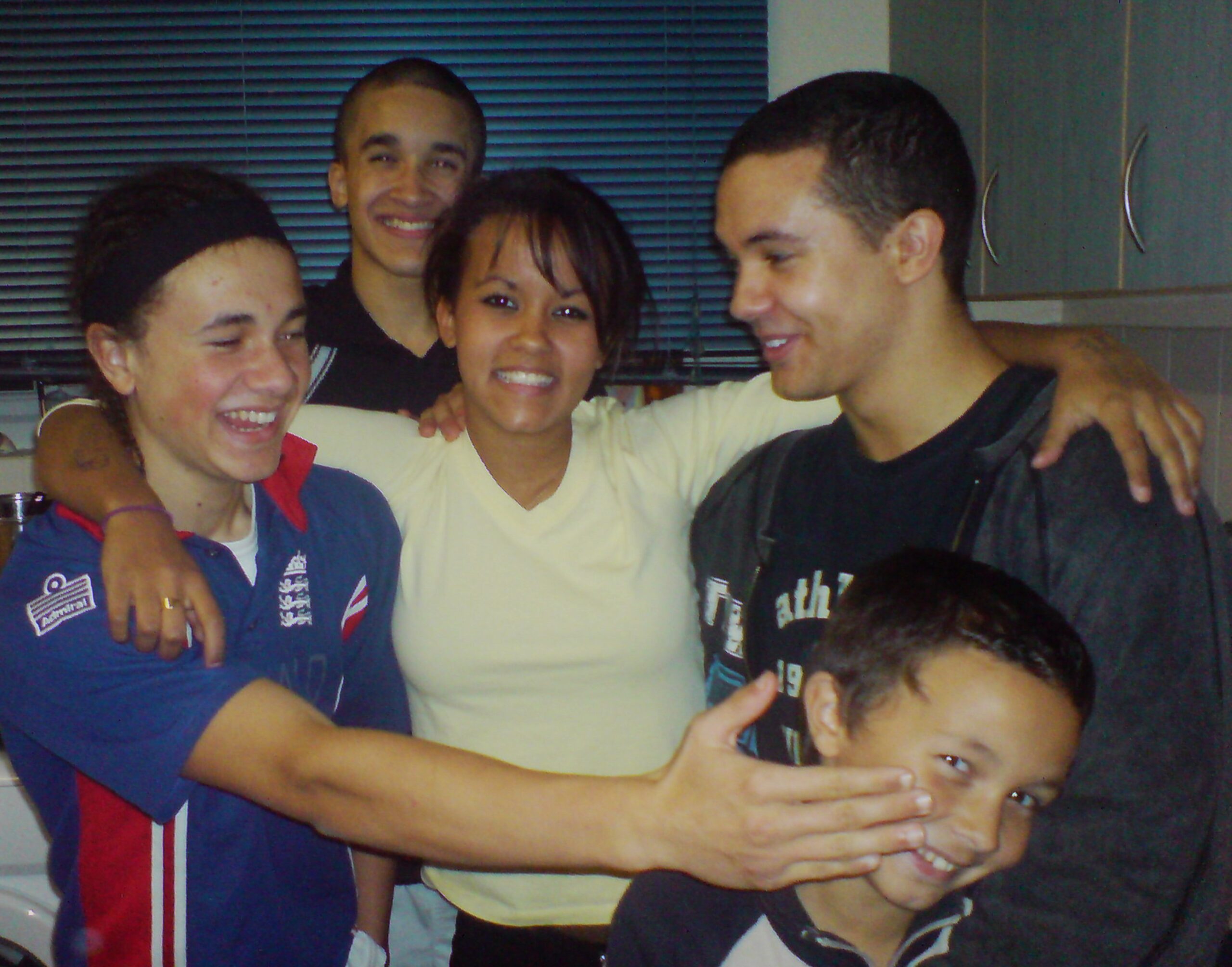 Having suffered most of my life from one form of abuse to another, I feel I am capable of speaking out now to explain where the mistakes lay within the government and the justice system. So many people are failed by constant let downs. Abusers just seem to get away with their crimes or get off with light sentencing. There’s clearly no deterrence. Maybe even encouragements as prisons are ‘ soft ‘allowing inmates too many privileges. To the point where they can even control you from the inside of a prison cell.

Domestic violence isn’t just G.B.H. with intent it is rape it is mind control, it is life controlling and can lead to death.

I suffered some of the worst attacks imaginable, not all could be included in my book ‘ You Can’t Run’  It is  this attitude of everything connected to D.V. being forced behind closed doors and silent victims not having a voice, that we have got to this state GLOBALLY ! 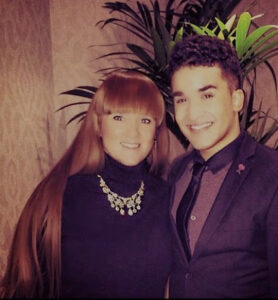 I have buried two sons because of one man. He was continually beating the system and reveling in his wins. Our government let this happen and it still happens today. So many changes are needed. Victims need to speak out their ugly, raw painful truths from the roof tops and be heard. We need to unite our voices and stand together.

Domestic violence isn’t going anywhere it’s like a silent deadly disease spreading fast through generations. With weapons, games, internet and films innocently poisoning the minds of our youth. This subject is so vast it covers many subjects within from starvation, to rape, to mind twisting. I have often compared it with terrorism because my ex tortured me depriving me of sleep beating me raping me torturing me with weapons even a blow torch. His warped mind in the end was beyond anything I could expect to prepare for ……the things he did came from a very dark sadistic place.

My children were witness to some of these events. My eldest son saw his father take a blow torch to me; he was frozen on his knees just staring at me. I am left with that HAUNTING image for eternity. I was powerless and had already been subjected to 8 hours of previous tortures, punching till my ears eyes nose mouth stomach bled out, glassed and knived.For the next 4 days I was left to lay in my blood not allowed to wash or leave the bedroom. Raped when it suited him, even as I was swollen black and blue with bits of scalp hanging off. I went in and out of consciousness until a policeman appeared on a ladder banging on the window, calling my name.

The mental side of being forced to live with D.V is a whole other story. Many have had their souls and minds broken .I had a certain kind of resilience to keep going and raise my children as normal as possible. That was something that riled him; because he couldn’t break me .The times when he left us alone throughout the years I recovered from my wounds and the house reigned with laughter. We were creative with art, music, expression and freedom.

However, as the years have passed I have had to go to counseling because losing Daniel to suicide just about broke me. After his father was early released from prison. Daniel screamed at the police saying we couldn’t keep running to be killed in the end. They weren’t stopping him finding us and carrying on where he left off with his tortures. We must live in a safe house, in a box of rules, so my ex can walk free. UNJUST…..  is the spike in my heart? 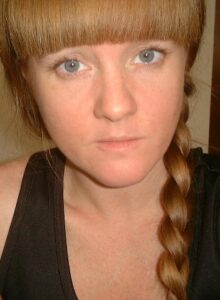 Free Your Mind, Women’s Aid, Victim Support, Rape Crisis and all the local services, together, have an ongoing battle of repairing and saving people daily. They helped us on occasions over the years with advice and providing a safe haven to run to.

A vital lifeline, hanging by a thread because of cut backs to local services.

I feel my mission, my reason for surviving and even coming back from the dead is ……to gather enough people together to stand up for change. Not just small hand outs from the government. A big change, one that will go down in history. A complete overhaul of the justice system!

Let’s put human worth at the top of the list where it belongs .You take a life you serve a fitting sentence, after all ….what are we worth? What are our children’s lives worth?  …..

priceless! NOT worthless! Certainly not 18 months a few years, or a slap on the wrist.

I am also a Survivors Ambassador for Women’s Aid and a Patron for Breaking The Silence. My time now is spent speaking out in the hope of saving as many lives as I can. Free Your Mind is a lifeline that needs to be there 24/7 that need support, funding and volunteers.

If the government spent as much time, effort, thought and preparation on saving lives in the real world than they do on arms, nuclear weapons and space missiles Then we would be able to help all victims of all nationalities be free of Domestic Violence

Our children are the future generation, they look to us for security and protection, guidance, education and love .If we cannot provide that then we are failing them. It won’t be because we are not trying our best, it will be because the system is failing us. 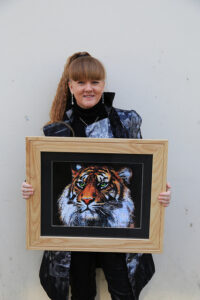 I am a fighter painting by Mandy

The media has a huge impact on society, I feel they have a duty to educate, explain, act out truths, and speak truths. I was asked to help the character ‘ Helen’ of the Archers with her role as a victim of abuse. It is vital that these issues are portrayed clearly with all their ugliness, depths of expression, depression and anxiety. We have had great feedback as she not only acted the role out with perfection, professionalism and emotion .She lived it, breathed it, felt it and was moved to the core.

We must work alongside all forms of media so that domestic violence isn’t shunned away and ignored as a taboo subject, but openly dealt with, spoken about and addressed. Then maybe it will be taken seriously for the horrors and destruction it causes. The ripples the abusers start off spread from one person to the next visually and by hearing. How can we allow this to continue? It affects everything and everyone from your baby’s first cry, to workplace and schools.

The mind is a very sensitive organ that if not cared for from birth can have devastating outcomes later in life. Children that act out are more than often covering up some form of abuse. Teachers, doctors, shop keepers, society as we know it needs to be alert for signs in order to help all ages. Then there needs to be a package in place to deal with each case.

Once a child plucks up the courage to speak out… they need to be able to trust an adult, a stranger, who is a professional in that specific subject. Who shows honest compassion and understanding? CONSISTENCY with the same person is VITAL!

Our music industry, the internet  and gaming industry are the basics of a foundation that breeds ideas, images and enactments to the minds of our children .If these are not addressed and monitored they can warp the minds of confused, abused broken children and adults.

Soaps that our society watch continuously are meant to portray real life. Isn’t it then their duty to be sensitive, honest and study the core subjects in depth before acting out on screens?

For the outcome, the fallout, the copy cats, the results are brought on by viewer’s perception and individual life patterns.

I shall continue to work alongside anyone that needs my input, viewpoint and thoughts on domestic violence situations. Covering child abuse, sexual abuse, mental abuse, slavery, rape, torture and false imprisonment.

I am an author, poet, artist and photographer……all forms of expression of emotion. I implore this creative channel is used in all sectors for victims of all ages races and places. 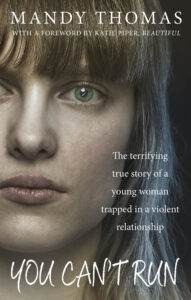 Mandys Book, You Cant Run is out now.

If you do not release pain, grief, depression, anger and emotions …it will consume you with ill health of body and mind.

We need to support each other as a nation not ignore the situation.