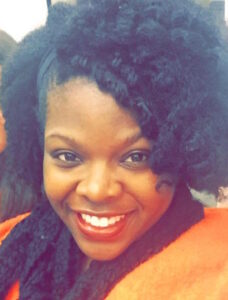 It is only in recent years, maybe the last two or three, that I have really allowed myself to open up so publicly about my personal (home) life. I’m now in my early twenties, and consciously making the decision, everyday, to not allow my darkest memories to haunt me. Hence why I use my natural, vocal projection to inspire and engage with others, and I write…daily.

They say our earliest memories are from aged 3.5 years…well that’s around the age when I started to experience what was happening in my own home. I’ll take you back to one moment in particular, a vivid but unsettling memory.

Imagine a 4-year-old girl, playing in her room, with her younger brother, who is no older than 18 months. In the background, she hears an argument brewing between her parents, on the upstairs landing – one that unknowingly to her, will escalate. As they head to their bedroom (an attempt to move the altercation further away from earshot of their children), the little girl pops out.

“Olivia, go back to your room” says one parent.

“No, let her stay” says the other.

As the voices of both adults rise to another level, disagreeing yet again, thus intensifying the hostility – the door slams shut, in her face. To her innocent ears, what is taking place on the other side of the door cannot be fully understood but she knows that mummy and daddy are not laughing, and the emotions are raw, the unpleasant kind, rather than romantic.

Moments later…Olivia has slightly back stepped into her room. She remembers her little brother behind her, who is none the wiser of the incident and she now hears movement, footsteps even, heading towards the door. As the door flies open, her mother has walked out, towards the bathroom – completely gaunt. Glancing up, she can see her holding the left-side of her red-flushed face with both hands (easily noticeable, as she has a light skin tone), and tears have poured from her eyes.

This is not what love looks like, right? That’s my earliest memory as a child – witnessing domestic violence.

I remember having a conversation with my father many years later, and the subject of my childhood coming up. All I commented, honestly, was: “I don’t have many happy memories as a child” and he immediately became defensive, questioning what I really meant by that and how it was even possible.

Even now, I would struggle to explain what I had seen as a young child, to him. How would he react to the truth? But it’s my story. For years I had a phobia of the police…up to the second year of University. Strange, I know, since there’s no special or scientific word for that.

Well, upon reflection, the police were frequent visitors to my childhood home, given what was happening. That trauma carried on post-divorce, when I was about 6 years old and after deciding to live with my Mum full-time, shortly after starting secondary school.

I simply didn’t want to be labelled as someone from a ‘broken home’, as far as I knew, all the homes I lived in stood still, so I didn’t understand the term.

I learned a very powerful lesson at the age of 12, and it has become a part of my message ever since – keep moving forward. The day I ‘chose’ my mother over my father (this was a surprise to all, as my mum was the disciplinarian), I was told: “If you leave, don’t come back.”

I have always been a strong-minded individual, and my decision-making was simply a consequence of having to juggle between two homes, which was a result of the breakdown of my parents’ marriage. The child cannot be blamed for the root cause; in which they were an innocent party. But those words taught me something invaluable – Once you move on, don’t turn back; you may reflect but do not repeat or dwell in it, if it no longer serves you.

Looking to the future is your only option – Vision.

We, as the children, tend to have no say or relevance in custody battles, although we suffer some of the worst emotional and psychological effects. I personally had a young brother to protect and listening to my Mum’s story, he was a gift to me so that I didn’t grow up as an only child, in a toxic environment.

With maturity, I have taken off my ‘poker face’, as I call it – smiling on the outside, whilst dealing with turmoil within. I found ways to release the negative energy, which meant venturing beyond my comfort zone. I made myself courageous in exploring my depths and distances, through speaking and writing.

As an entrepreneur, championing the growth and development of young people, I coach and mentor on embracing all the facets of your being, to become of better service to others. We all have greatness within us but it’s the mental barriers we put in place that hinder us from moving forward, and stepping out on faith, into a brighter life.

I switched on the light in the midst of my darkness, so that I could be an example to others that childhood dreams are achievable – the nightmares will fade. I use my story as my message: “Don’t let your circumstances be the excuses for why you cannot succeed, but instead, make them the reasons why you can and WILL be a success.”

Thank you for reading my now unmuted truth.